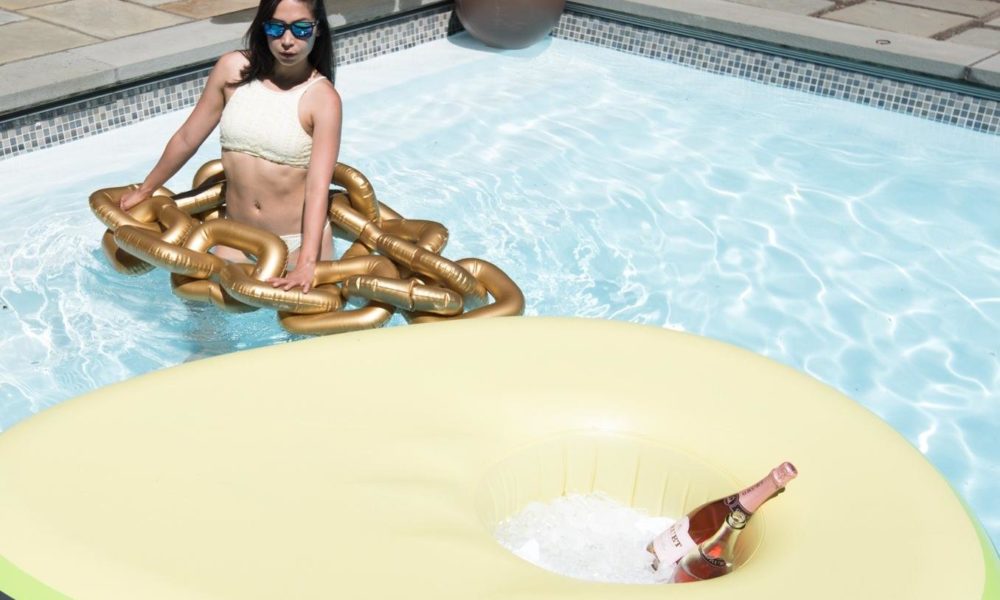 The sun’s rays came with force, which means that it’s time to enjoy it at the beach or pool.

Performing our activities on a daily basis is a bit exhausting and much more with this climate that causes us more tired by the high temperatures.

However, you can get out of your routine and take advantage of the sun’s rays to relax a bit, and you can do it in an incredible way with little money to get out of the ordinary.

You will achieve a spend an enviable summer using the floats that are being the latest trend worldwide.

These are the floats that have generated beach addicts prefer the pool in the United States, by giant floats of different models according to your taste. And we see it in the posts of Instagram users around the world that have put it in style.

Much of her popularity is due to Taylor Swift, who in 2015 posted an Instagram photo of her and her boyfriend Calvin Harris resting on a giant inflatable swan. Which later appeared on the Instagram accounts of stars Craig Conover, Kathryn Dennis and Kardashian Jenner.

So do not wait until the floats are at your fingertips in different models and prices that we will show you next:

Kool Pool Pup is priced at $ 60, known as giant inflatable dachshund, float mattress. Which comes equipped with a cup holder and uses eco-friendly screen printing ink, “its capacity is up to 300 pounds.” From head to tail it is almost seven feet long, so, according to the website description, “it’s a real long-duration game. ”

Another option is Swan Pool Float “Funboy” at the price of $ 79 with room for two, with elegant lines and a base of six feet, rising more than one meter out of the water. There is also one of the most complete, which is the size of a queen size bed, two cup holders and a huge portable ice box for drinks and refreshments. You find this with a price of $ 128, known as the retro pink convertible float that is in the shape of a yacht.
Take a look at all the news you can buy right now.

Pool days with friends. ❤️ And this is, hands down, the best pool float from @funboy! It’s massive- and perfect for pics!! 🌈 http://liketk.it/2w5H3 #liketkit @liketoknow.it